Easy to pump at low temperatures

Globaltherm® EG is used extensively in manufacturing industries due to its versatility and functionality in a wide range of applications. 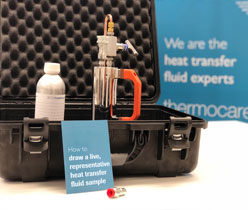 You draw the sample and we’ll test, report and interpret the results.